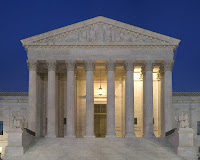 In 1966, the United States Supreme Court issued a landmark decision, known as Miranda v. Arizona, 384 U.S. 436 (1966).  This case followed a series of cases involving coerced confessions and questionable police procedures.  The Supreme Court finally decided that outlawing forced confessions was not enough, but that the confessions while in custody must be part of a knowing and voluntary waiver of one’
s Fifth Amendment Rights under the United States Constitution.  The high court looked to the FBI procedures at the time, which required agents to read suspects their rights prior to conducting such interrogations.  The court declared that, before the police can question someone who is in custody, they must give Miranda warnings, which are:

If the police or government agent fails to comply with this requirement, the confession may be suppressed or excluded from the trial.  The United States Supreme Court then took the time to define what it means to be in custody when it stated that the warnings must be given “when an individual is taken into custody or otherwise deprived of his freedom by the authorities in any significant way, and is subjected to questioning, the privilege against self-incrimination is jeopardized.  Procedural safeguards must be employed to protect the privilege.”

Attorney Daniel Gigiano believes the United States Supreme Court’s decision helped promote justice and the rule of law in the United States.  Some opponents criticized the court for overreaching, creating rules without authority, and making it more difficult to get confessions.  However, confessions obtained by force, intimidation and fear are not very reliable.  In such stressful conditions, many people may confess to something they did not do just to tell the police what they want to hear and/or to get free from that intimidating moment.  Less enlightened societies often obtain such confessions, only to be met with skepticism and distaste from nations that believe in freedom and the rule of law.

Posted by DanielGigianoReviews at 11:34 AM